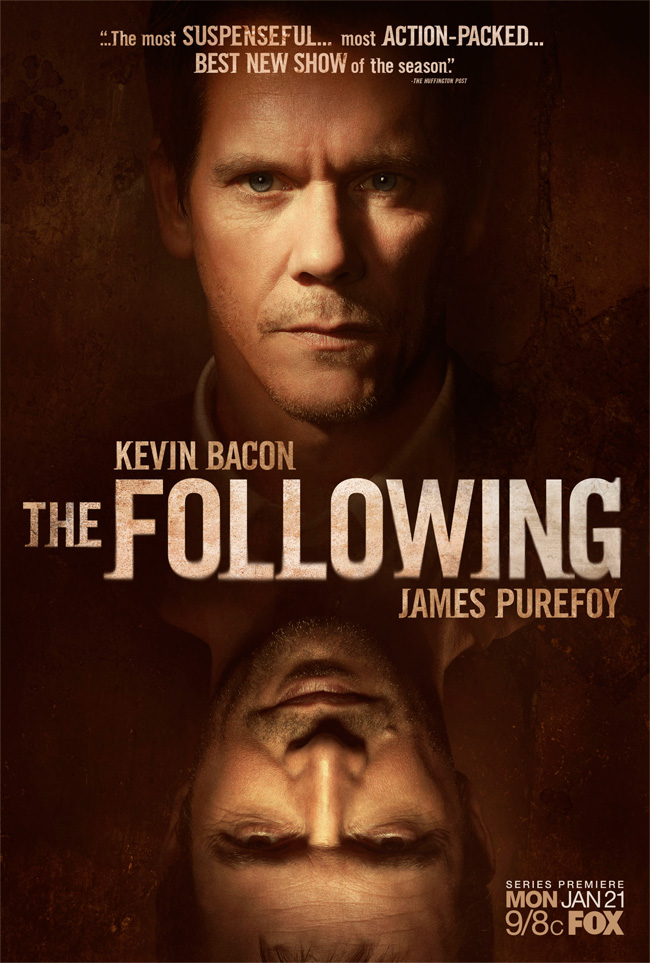 Last fall when I heard about the new TV thriller drama The Following I was intrigued. As an English major and gothic literature fan, as well as a huge horror enthusiast, I was even more interested after hearing the killer was inspired by Edgar Allan Poe. I am, however, a stickler for watching television shows in order. So when I learned that The Following was premiering on a Monday night, I was bummed (I work Monday evenings). I was even more upset when I heard a colleague talking about how much she enjoyed the show “except for the gore.”

I don’t have a DVR and didn’t catch when the episodes were scheduled to re-air, so I had come to terms that I wouldn’t be watching The Following anytime soon. Early in the fall while I was browsing Netflix Streaming, I was stoked when I saw Season 1 of The Following available. The boyfriend and I sat down one weekend soon after and had a marathon , progressing through the first season in 2 weeks. I don’t know if I would have been committed enough to catch every episode as it aired weekly, so I am glad that the streaming option was available. It makes it convenient, especially for the two of us to watch at our own pace if we had to work late.

I am enjoying The Following. Sure, it is flawed and cliched, but I am invested in Ryan Hardy’s character. I don’t care for Claire; her melodramatic mother lioness character got old for me fast, but her son, Joey is tolerable-which is something I can’t say for most child actors. I really can’t stand Emma, but I dislike her to the point that I will continue watching to see her (hopeful) demise. There seemed to be an unnecessary emphasis on the relationship among Emma/Jacob/Paul but I will say it did add to the evolution of the story. Interestingly, serial killer Joe Carroll is intriguing to me; I don’t dislike him and actually do find him charming. Despite his obvious villain status, I his character is likeable, complex, and complicated. 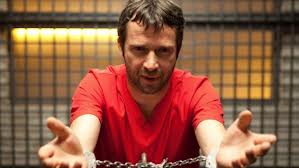 Plot-wise, the story evolved from a “whodunit” to more of an examination of an extremist cult. Carroll, who is imprisoned for much of Season 1, has managed to recruit an extensive band of followers (hence the show’s title The Following). Realistically some things bother me, like the prison where Carroll was housed should seriously be shut down; It’s a bit unbelievable for me to buy that no one noticed the dozens upon dozens of visitors Carroll received during his time served. And then also no one monitored the visitors’ conversations or inspected Carroll’s mail? Despite these story oversights, I still thoroughly enjoyed most episodes. I can honestly say the story evolved in an unpredictable way for me, at least early on in the season. 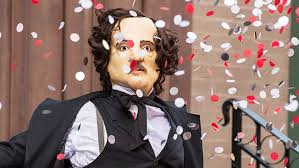 Looking into the future, I can eventually see the Poe angle getting tired. Ideally, I think it would be interesting to incorporate other horror literature-inspired killers, say someone obsessed with Lovecraft? It could be good if incorporated in the right way. Despite some of its issues, overall Season 1 was strong however I am a little concerned that unless some dramatic new devices or storylines are introduced, viewers will become bored.

Regardless, I’m definitely anticipating Season 2. I am still unsure if my schedule will allow me to “follow” along (ha ha, see what I did there?) in real time. I just may end up having to catch the second installment in marathon mode when it hits Netflix Steaming hopefully later this year.